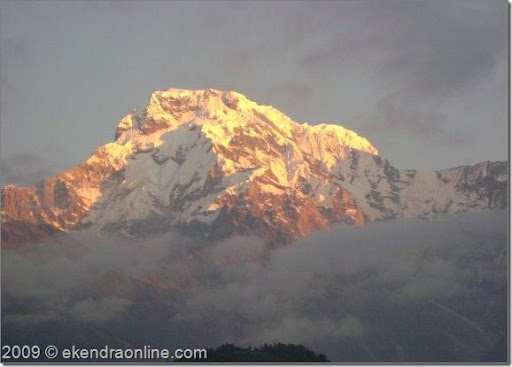 What is NOT in Nepal? Itself is a fallacy. Nepal is a boosted country. Guffed and scrambled. The beauty creation of the nature and vast resources to frutify its billion of population in the congested land of hills and plains and mountains and everywhere. Major talking minds, bribing hands, committed leaders (oops, this must have been corrupticians), called founders of Naya Nepal (New Nepal) and yet the poorest and the least developed country of the world despite the progress and digress that flows like spring of monsoon and yet like drought of winter, again another mistake – this should have been a loadshedding, BTW.

Heard of somewhere. Learnt about this in school  days in Social Sciences. But what does exactly “Basic Facilities” have to do with poor Nepalese when none of them are in access. The Government officials are committed to ensure every Nepali have a mobile handset on their hand, they don’t care whether people have basic needs of living their life on bhat, daal and on primary studies. It would be so early to speak about shelter, medical, insurance, and infrastructure in here.

Sagarmatha, okay here goes what Nepal should pride of? If this could have been easily explorable, till now the fate would have been something different. Mount Everest is really a great boon for Nepal, and only because of this so many foreigners are able to hear of Nepal (let’s not again speak Everest lies in China – what China says. We must be pride of great Himalayas, representative of calm, pride, upheld and waiting for a success-ed country.

What’s that like? I have never experience some form of Governance in my very own country. Either parallel or dead government or even the spendthrift government on totally avoidable and unnecessary foreign visits. As far as I remember there have never been a good form of any government nor any governing local authorities. All Government offices are just a piece of old junkies(buildings) with tonnes of age-old papers scattered here and there, and you never gonna get the info you really need. When will the Government of Nepal be responsible for its citizen rather than its ministers, this is surely an unanswered question.

^ Lumbini – the birth place of Buddha:

As we believe in spite of regular Indian torture on this. Gautam Buddha (heard of Buddhism?) was born in Lumbini, Nepal. What Indian media advertise is Buddha was born in India? Not to my surprize, there are now many Facebook Fan Pages and Groups like Gandhi was born in Nepal (if Buddha was born in India) type fact. Lumbini is a famous tourist destination and popular among Buddhist, so it’s really what Nepal is gifted with.

Might be anything which leads Nepalese to be in. Loadshedding is a gift, a great gift given to poor citizens of the world’s 2nd richest water resourced country (might be a theoretical hype, I have never known).