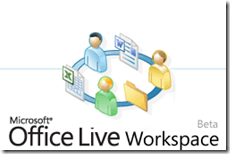 Microsoft has announced it will begin a public beta test of web-based office applications in a bid to rival Google Docs. The web-based applications will be delivered through Office Live Workspace and will allow users to create and edit new documents online from within a web browser, said Justin Hutchinson, group product manager for Microsoft’s Office Client division.

That’s a significant change from the capabilities in the beta of Live Workspace, which was launched last March. This requires users to create new documents in the desktop versions of Word, PowerPoint and Excel on their PC and then save them to the web, where they are stored on Microsoft servers. Others can view the documents online, but editing them requires downloading them to a PC and opening them in Office.

It contrasts with online suites such as Google Docs and Zoho, where the entire process of creating, saving and editing documents is done from inside a browser. Live Workspace marked the first tentative steps by Microsoft to put its lucrative Office franchise on the web. More than 1.5 million people have signed up for the beta since it was released, said Michael Schultz, director of product management and marketing for Office Live Small Business. Microsoft is currently testing a ‘technical preview’ of the Office web applications, which will allow users to create new documents online without needing to have Office on their PC. The web applications – Word, PowerPoint, Excel and OneNote – include a task ribbon similar to that in Office that lets people ‘lightly edit’ from inside their browser, including formatting text and tables.

Microsoft plans to roll out a beta of the web applications to Live Workspace testers later this year, though it won’t say exactly when or how many people will be allowed to test them. Nor would it say how many are testing the technical preview that came out a few months ago, but it is likely to be a small number. Neither Schultz nor Hutchinson described the Office web applications as a rival to Google Docs, and Microsoft positions its online tools differently. While Google sees online applications as a way to free users from the desktop entirely, Microsoft sees them as a complement to Office in its ‘software plus services’ model.