Nepal Telecom has warned it’s mobile, both prepaid plus post post users to be alert of SMS Viruses in mobile handset or memory after discovering thousands of mobiles infected. It’s usually a Trojan horse/Worm named SymbOS.Hatihati.A (not a virus in fact) that effects Symbian OS common to most Nokia Mobiles and sends international SMS from your account balance without your permissions. Plus, you could be victimized on playing games that try to send user data to their servers. 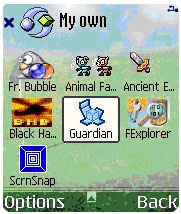 The trojan, SymbOS.Hatihati.A is a pirated version of the anti-theft software Guardian v0.95 which contains a bad configuration file aimed at attacking and malfunctioning your handset memory configuration. The trojan horse resides at Mobile Memory and tries to send volumes of SMS (Short Messaging Service) automatically (without even displaying any text sent to users) to predefined numbers listed below:

Most of the trojans, viruses & malwares including this SymbOS.Hatihati.A resides in memory cards eg SD, MicroSD, HDSC, MMC, XD etc and spreads by automatically replicating to new devices, sends voluminous txt due to virulent configuration to the mobile handsets. This malware does not spread via sharing or transfer of SIM from one mobile phone to another, nor via Bluetooth or Infrared.

Act Now to update your knowledge about Hati Hati virus:

Update: Mobile version of Kaspersky Antivirus is reported to remove Hatihati.A and other worms to infect Symbian OS, download the trial version or purchase one. Also using Nokia PC Suite to easy removal of the same worm is illustrated in Nepal Telecom’s website.